Environmental Panel: Are we any Dam Safer? 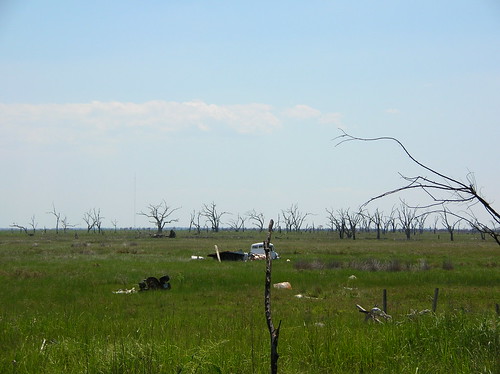 Rising Tide V (Howlin Wolf 2010 Fantastic time was had by all) featured a presentation on levee standards by Tim Ruppert. The presentation was cleverly titled "When can we get some Dam Safety in New Orleans?" The presentation does not appear to have been filmed. Luckily, Tim's annotations are still online. Here's the summary.


The thrust of my presentation is this: As long as we think of levees as protection for houses and furniture, there will be no motivation to increase the level of protection. Houses and furniture can be replaced and the government underwrites the insurance to cover those losses.

We need to talk about levees as serving a higher purpose: levees are often life-safety structures. When levees fail, people die. That’s what’s important and that’s what we should be designing for.

Five years after this talk and, of course, ten years after the catastrophic failure of New Orleans's flood protection system, Lens environmental reporter Bob Marshall writes that our standard is still inadequate.


Of all the questions being asked about New Orleans’ progress 10 years after the disaster that killed nearly 1,500 residents and clouded its future, the most persistent has been this: Is it safer now?

Interviews with engineers and storm experts resulted in answers filled with caveats and concerns such as Luettich’s.

The best summation: It’s safer for houses, but not necessarily for the people who live in them.

That’s because the new system is the city’s best engineered and built ever, but it was designed to a lower level of protection than the one that failed. It’s also less than what Congress ordered in 1965. It was built to provide property insurance, not save lives. And experts insist it’s insufficient for an important city sitting on a sinking delta in hurricane alley during the age of climate-induced sea level rise and mega storms.

The legal standard for determining the safety of a dam is measured in lives. But "when levees fail, people die" also. And still we're building levees only rated to a standard that satisfies property insurers.  Shouldn't we be asking for more dam safety?

At Rising Tide X, Bob Marshall will participate in a discussion about flood control and about the deteriorating South Louisiana coastal marshes without which the entire system is moot. Here is the full panel.


Anne Rolfes, Founding Director of the Louisiana Bucket Brigade , began her career in Nigeria, collaborating with local communities to address oil companies’ destruction of the Niger Delta. She returned to Louisiana in 2000 and founded the Louisiana Bucket Brigade to end oil pollution in her home state. The organization has created cutting edge tools, including the iWitness Pollution Map, the Refinery Accident Database and in street based artistic performances.  Anne was born and raised in Lafayette, Louisiana where many people made their fortunes from the oil industry. She has seen the wealth and the poverty created by oil production and seeks to make the industry more equitable.  She has a Masters in International Development from Tulane; she has twice testified before Congress. Her work has been recognized by local and national awards, including the Jane Bagley Lehman Award for Public Advocacy and the Robert Wood Johnson Community Health Leader Award.

Bob Marshall covers environmental issues for The Lens, with a special focus on coastal restoration and wetlands. While at The Times-Picayune, his work chronicling the people, stories and issues of Louisiana’s wetlands was recognized with two Pulitzer Prizes and other awards. In 2012 Marshall was a member of the inaugural class inducted into the Loyola University School of Communications Den of Distinction.

Jonathan Henderson manages the Gulf Restoration Network's  field operations in the Gulf region. By air, sea and land, he searches for, documents and reports pollution incidents such as leaking pipelines, well heads, platforms, and ongoing BP disaster impacts. He also documents the extensive O&G industry destruction of Louisiana wetlands. He is a founding member of the Greater New Orleans Water Collaborative of which he serves on the interim steering committee and as co-chair of the Advocacy working group. Jonathan is also the Founding President of Vanishing Earth advocacy consulting photography. Born and raised New Orleans, Jonathan grew up fishing and canoeing in Louisiana's bayous and creeks, visiting family along coastal Mississippi, and vacationing on beaches in Alabama and Florida. Jonathan has a Bachelor’s degree in Theater from LSU, a Master’s of Business Administration from the University of Louisiana at Lafayette, and a JD from Southern University Law Center.

The Environmental panel will begin at 11:30 am in the UC Ballroom.