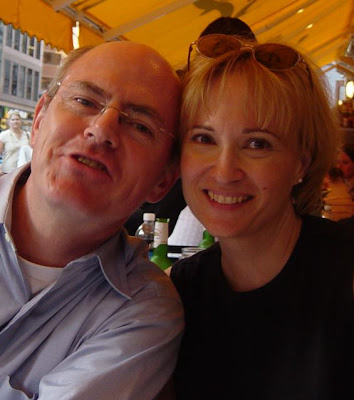 Mark LaFlaur is a freelance writer and editor living in New York City with his wife, Janet Cameron, who also works in book publishing. A two-time graduate of LSU, Mark moved from New Orleans in 2001 to get married, well before Hurricane Katrina, but just in time for September 11. (He was living in Berkeley at the time of the 1989 Loma Prieta earthquake.)

He has worked in book publishing in New York and San Francisco and as an encyclopedia and dictionary editor for Charles Scribner’s Sons, Oxford University Press, and Wiley-Blackwell. His work has been published in the Village Voice and Los Angeles Times Book Review, and about 100 articles have been published in reference and trade books by Macmillan, Oxford, etc. (His unpublished novels are another story.)

Mark founded the blog Levees Not War in late 2005 after hurricanes Katrina and Rita as a way of trying to keep national attention on New Orleans, Louisiana, and the Gulf Coast’s struggle to recover from disaster. “We do not want to live in a world without New Orleans,” he says, “and we do want to live.” Levees Not War focuses on infrastructure, war and peace, the environment, and progressive politics.

On Sept. 24, 2005, the weekend of Hurricane Rita and a month after Katrina, Mark and Janet attended a 300,000-strong antiwar mobilization in Washington, D.C. There they and several dozen other individuals and groups, including Code Pink, carried homemade signs saying MAKE LEVEES, NOT WAR. “We probably all thought we were being clever and original,” Mark says, “until we saw everyone else’s signs, all saying the same thing.” Thus the name.

Mark and Janet visit New Orleans as often as possible (several times a year when lucky) and hope to someday be able to buy a place in New Orleans so they can split their year between there and New York, “livin’ the dream” of “Share Our Wealth.” Rising Tide 6 will be Mark’s fourth conference, and Janet’s second.