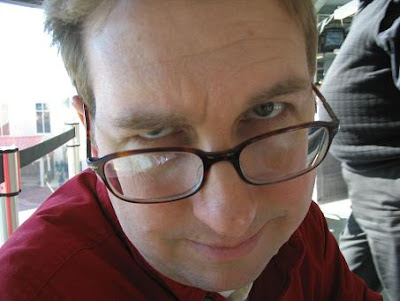 Tim Ruppert has been active in the planning and presentation of the Rising Tide Conference since 2008. He presented twice at the conference: "In Levees We Trust" in 2007 and "Why Can't We Get Some Dam Protection for New Orleans" in 2010.

Tim is a registered Professional Engineer in Civil Engineering in the state of Louisiana. He holds a Bachelor's Degree in Civil Engineering with a minor in Economics from the University of New Orleans. Tim is currently a Supervisory Civil Engineer with the Army Corps of Engineers, New Orleans District, leading a team of project engineers and technicians engaged in the planning, design and construction of billions of dollars of flood risk reduction work in the New Orleans area.

Tim is member of the American Society of Civil Engineers (ASCE). He is a past president of the ASCE New Orleans Branch and ASCE Louisiana Section. Tim was chair of the 2006 Louisiana Civil Engineering Conference and Show, an annual seminar and trade show attended by more than 500 engineering and construction professionals from throughout the state.

Prior to joining the Corps, Tim was a partner at Morphy, Makofsky Consulting Engineers, a local civil and structural engineering firm. His work there earned the company an Award of Merit from the American Concrete Institute, Louisiana Chapter in 1998.

Tim served as a photo journalist and intelligence specialist for six years in the Louisiana Army National Guard. He is a graduate of the Defense Information School, and his writing has appeared in Stars and Stripes Europe. Tim was honorably discharged in 1986. His awards include the Army Service Ribbon and Cold War Recognition Certificate.

Tim served on the Board of Directors of the New Orleans Secular Humanist Association (NOSHA) for several years. Prior to Hurricanes Katrina and Rita, Tim was a regular contributor of letters to The Times-Picayune on the topic of separation of church and state.

Tim and his wife of 24 years live in New Orleans with their daughter. Although he has blogged infrequently since 2010, Tim chronicled his family's return to New Orleans and his experiences in the Post-K city at Tim's Nameless Blog (www.timsnamelessblog.blogspot.com). Samples of his blog appeared in the anthology, "A Howling in the Wires," published in 2010.