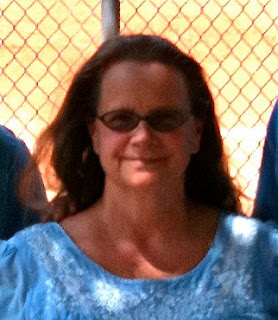 A long-time marketing and communications professional, Atlanta-based Sharon Allison Barnhart was part of the team that deployed the first offline promotion (it was direct mail) used to drive an online interaction in 1997. During the years that followed, her family's business, a boutique agency pioneering interactive marketing, deployed dozens of creative offline national promotions customized to drive targeted online traffic and were among the first marketers to use the internet to create and measure direct communication between brands and consumers.

In early 2005 she joined a friend's construction industry start-up, which has since grown to perform complicated environmental and asset recovery deconstruction projects all over the country. As Communications Manager she writes or oversees the company's qualifications documentation, bids and proposals. She also manages the company's project reporting compliance as well as maintaining its entity status, registrations and industry licensing in multiple states and the federal Central Contractor Registry.

In 2002 she began posting online as Sophmom when the oldest of her three sons was a college sophomore in North Carolina, and in June of 2004 she began blogging under that name. By August 29, 2005 when her middle son was scheduled to start his sophomore year at Loyola University New Orleans, she had been writing about parenting a college student in New Orleans for over a year and very quickly began interacting online in what was the beginning of the post-flood NOLA Blogosphere. She attended the first Geek Dinner in July of 2006 and the first Rising Tide the following month. Since Rising Tide 3, she's served on the organizing committee, setting up and monitoring registration and managing the sign-in table at the conference.

She is part of the team that blogs, tweets and posts to Facebook for and as Rising Tide. In between conferences, she spends as much time as possible among New Orleanians, in fact as well as virtually.

Her various social media profiles are aggregated on her about.me page although she's most easily found posting as Sophmom on Twitter.

For five weeks every summer, she manages a men's baseball team.